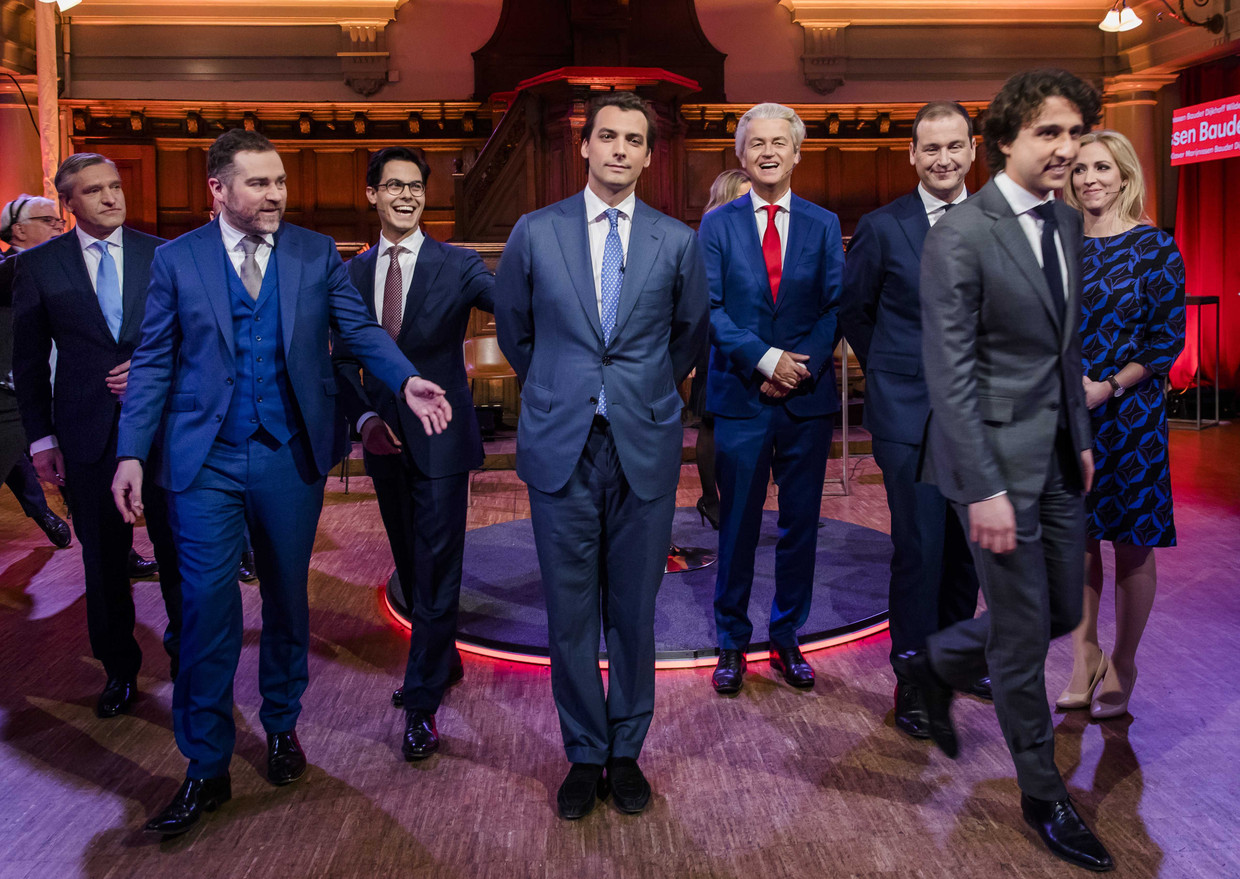 Party leaders after the election debate, in the center Thierry Baudet, the then still unsuspected winner of the elections. Source: Reformatorisch Dagblad, ANP; photo Bart Maat

After a solid campaign based on criticising (in that order!) the useless expenditures on climate policies, uncontrolled immigration, and continuing loss of sovereignty to the unrolling Federal State of Europe, upcoming politician Thierry Baudet managed to take the lead with 13 seats in the Senate, coming from zero. His victory also gave him great regional power with 86 representatives.

All parties except the PVV of Geert Wilders support the plans to spend hundreds of billions on the energy transition to a future without fossil fuels, and the left wing groups preferred the climate subject over immigration, causing the election debate to be mainly about climate policy. Both Baudet and Wilders chose a sceptic stand, but Baudets’ focus was on climate (Wilders’ on Islam), and he was much more aggressive and outspoken.

Baudet used several of the Dutch climate realist organisations as sources of information, and made sure he knew what he was talking about. Although being under extreme scrutiny on his stands, and despite aggressive reactions from almost the entire press, he came out as telling the truth in most honest fact checks.

The key points he got across were:

[1] That the entire effort to realise the Dutch part of the Paris agreement, would only change global warming with 0,000.3 degrees.
In the fact check by the Dutch Met-Office KNMI it was admitted that it was actually 0,000.07 degrees, even worse than 0,000.3.
This was repeated ad nausea in his public appearances and was no longer denied by his opponents, which gave him a great advantage and shocked many people.

[2] That the costs of the climate policy would be immense. For the complete transition to 2050, he mentioned €1.000 billion as the best estimate. That is €234.000 per Dutch family. The fact check resulted in €700 billion, but without mentioning the accuracy of the estimate. Which gave Baudet the opportunity to mention the €700, adding that he thought it would be even €1.000. There was no disputing that too.

[3] That the public broadcasting organisations were blindly promoting the climate agenda, hiding the costs, without being impartial and honest about the facts, as they should, according to their mandate and being paid from tax money.

It should be said that Baudet was helped considerably by the fact that the energy prices for families in Holland had skyrocketed in January, which was to a large degree the result of the first stage of climate policy from 2013, the “Energy Accord”. Baudet had caused a little riot in Parliament waving a report by our group that had calculated the cost of the Energy Accord on €107 billion, and demanding a debate about it (which was of course refused by the majority).

Roll of the Dutch Climate Realists
Forum for Democracy was established in September 2016, and at the start was neutral about climate change. But there were good contacts with our groups, and Baudet saw how important the theme was. So he took half a year to thouroughly study the climate change topic, and then he decided that it should become the main focus of the party for the elections.

That was a daring move, and after his first real climate skeptical “coming out” he lost some seats in the polls. But after a few weeks he started an astonishing rise in the polls, with the incredible result of becoming the largest party in the regional elections, just two years after entering politics. Never in history a party came out of nothing, and became the largest one in the elections so soon.
I consider it as a sign on the wall, that this victory came about as the direct result of a climate realist campaign.

Political consequences
Pollers have determined that Forum for Democracy would score 26 seats (of 150) in parliament if there were elections right now. So you see that being the largest party does not mean at all that you are in charge in The Netherlands. But together with the other sceptic party PVV they have 24,3% of the votes.

The main effect of the remarkable victory of FvD is a painful dilemma for its rival, the (once, a longtime ago…) liberal VVD (nowadays more of a leftist opportunist group), of prime minister Rutte.
The senate still has to approve the climate bill, accepted in parliament, forcing all governments from now on to continue the transition to a world without fossil fuels.
If the VVD signs, they will chase a lot of their voters to FvD in the next elections.
If they don’t sign, the governing coalition will certainly be blown up by D66, who focuses on a sustainable climate policy and expects to win many votes as a result of that move. 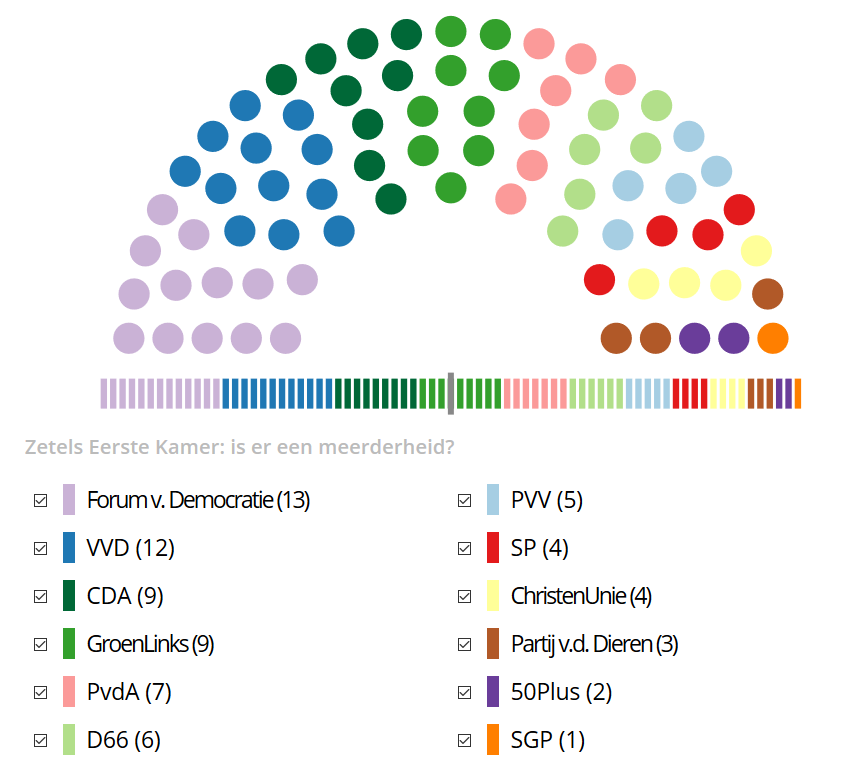